When I thought about this recently, I had to wonder what kind of message my mother was trying to relay to me. Especially as defined above, the phrase comes across as a back-handed compliment… you may be damaged goods, but as long as you’re not as messed up as everyone else, you’re okay.

often told me that her father, who died of a sudden heart attack when she was 12, and whom she loved just about more than anyone, was a perfectionist. After my grandfather died, my mom held onto his trait of striving to make everything perfect, but when she reached adulthood and had kids, she must have seen that perfectionism was an illusion. And so, when she saw  signs of that perfectionist drive in me as a young child, I imagine she said that to help me understand that it was okay not to be perfect. 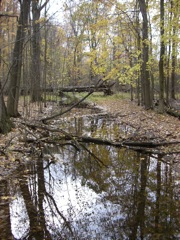 expression always made me feel better, because it helped me remember that I didn’t need to be perfect; when I was older, I learned that it would have been impossible to be so. I still use that phrase whenever that pernicious perfectionism rares its ugly head, and it always calms me down.

Having worked through all that, the reason I’m calling my business and blog “One Eyed Queen” actually has nothing to do with perfectionism or the battle against it.

Today, the expression reminds me that as long as I have one thing to offer that someone else wants or needs, then I can be of service… and following that line of thought, I believe, leads me to my “right work.”

Let me give you an example. A few weeks ago, my dad asked me for some help with figuring out how to sort the photos on his computer. I was able to help him not because I’m an “expert” (by any stretch of the imagination), but because I knew how to do ONE MORE THING than he did. It was that simple. And he was thrilled beyond belief.

It’s occurred to me that you don’t need to know how to do everything, or even how to do most things well – as long as you know a little bit  more about something than someone else, then you can help that person learn. And someone might even pay you to help them with whatever that thing is.  What a concept!

There are three other reasons I liked the name “One Eyed Queen.” First, I have renewed my passion for photography, and am excited about sharing more of my work in that realm with others. Peering through the viewfinder of my camera, I like to fancy myself a “one-eyed” queen.

Second, my beautiful and brilliant cousin, Donna Henes, has written a book called “The Queen of My Self,” in which she proposes a completely original paradigm — that of the midlife Queen, a woman in her prime who has achieved wisdom, mastery, and self-esteem. While I haven’t quite entered the stage of life that Donna describes, I am definitely at the doorstep, and am very excited about moving through that portal and assuming my rightful place among the other queens of the world.

Last, being a historian at heart, I appreciate that there’s a historical context to the one-eyed queen. The Queen of Sheba was described in Nubian texts as  “one-eyed”, being blind in one eye or represented only in profile. So the answer to the question, “Who does she think she is, The Queen of Sheba?” might just be yeah, so what? Queens are cool!