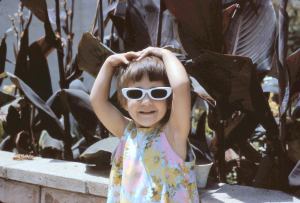 I’m not sure if I actually heard what I think I just heard on the CBC News on Radio Two just now… it sounded like a group of civil rights activists “booed” at some other group (the identity of which I missed) at a rally commemorating the 40-somethingth anniversary of Martin Luther King, Jr.’s “I Have a Dream” speech… and to top that off, they went off and had a rally of their own.

All of which is to say, if I heard that right, then no one in that civil rights group today was actually LISTENING to the words that Dr. King had to say.  Wasn’t the whole idea – I mean the WHOLE idea – of the civil rights movement to bring us together? Or was that not it?  Was “separate but equal” actually what people were literally losing their lives over in the 1960’s?  Really?

I’ve always had a fascination with this particular time in history, the 1960’s, the decade in which I was born.  A couple months after Dr. King’s famous speech, my mother found out she was pregnant with me… it was either the day before or the day after President Kennedy was assassinated (I can never remember).  Somehow, I feel like my little embryonic spirit was affected by everything that was going on when my parents made me.  September 1963… the Cuban Missile Crisis was just weeks ahead, Vietnam was starting to get uglier, TVs were still  black and white, as were water fountains, school teachers were worried about the Russians attacking us with nuclear weapons, and things were just about to get worse.

Feels kind of like now, come to think of it.  Times are tough, my dad would say, and most people would be nodding their heads in agreement with Pops, or so it seems if you read the papers or watch the news.  The economy sucks, everyone says, so it must be so.  Huge unemployment numbers.  The U.S. national debt still out of whack, Wall Street still high on its greed, rampant ignorance resulting directly from an education system that, like the economy (in case I haven’t mentioned it), sucks, and the nation I grew up in as divided as ever.

But wait a minute… hold on there, pardner’…

Maybe these really ARE good times.  Maybe this is the best time of MY life.

Woah. That’s a pretty rad idea… think I’ll wear it around the house for a bit and see how it feels.   Heck, maybe even take it out for a spin…

Off to a party at my hairdresser’s new salon in Gastown – it’s her “opening,” so I’m certain to be among many fabulous people I’ve never met before, all with exceedingly fabulous hair.  Ciao bella.

One thought on “Are Things Getting Any Better? Let’s Say Yes.”