I never thought I’d say it, but I might actually miss this old house. 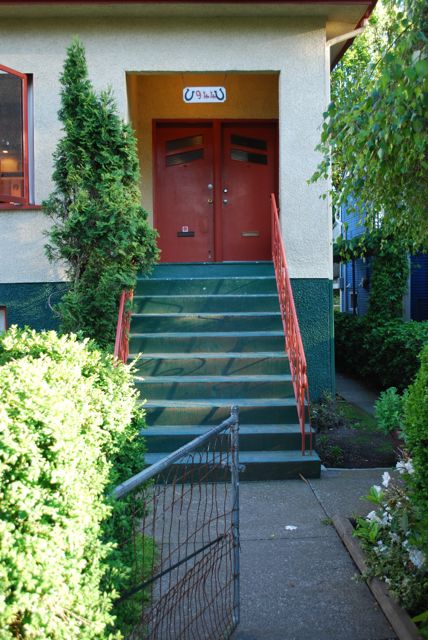 My time here was never meant to be long-term.  When I moved in less than two years ago, I figured I’d stick around for maybe six months, tops.  Cute place, yes… top floor of an old house, high ceilings, good light, but not in a part of town I particularly loved, and not enough square footage for my stuff (much of which I hurriedly threw into storage, after realizing the day before the movers came that it wouldn’t all fit).

This house and I came together in a marriage of necessity, you might say.  Just about two years ago, I was wrongfully evicted from my warm, comfortable and roomy top floor suite situated in an absolutely brilliant location.  After much soul- and apartment-searching, I chose in the eleventh hour to pull out of the case I’d prepared for the Rental Tenancy Board against the (insert flagrantly insulting adjective) new owner, who was clearly motivated by nothing more than sheer greed to issue this “reno-viction.” Had I proceeded with the hearing, I’m confident the decision would have been in my favour (I actually enjoyed leveraging my now ancient legal background to build a rock solid case), but that would have meant living with his wicked energy in the house.  So, when I found this “good enough” alternative a week before the hearing, I jumped.

I figured it wouldn’t take more than a few months to find something that suited me better, back in my old neighbourhood.  But then life happened – a change in my employment status, along with the sinking realization that I wasn’t going to find a nicer place in a nicer area for the rent I was now paying…. I’d stumbled upon a good deal, a pretty sweet place at that, and the smart thing to do was to hang on and get used to it. 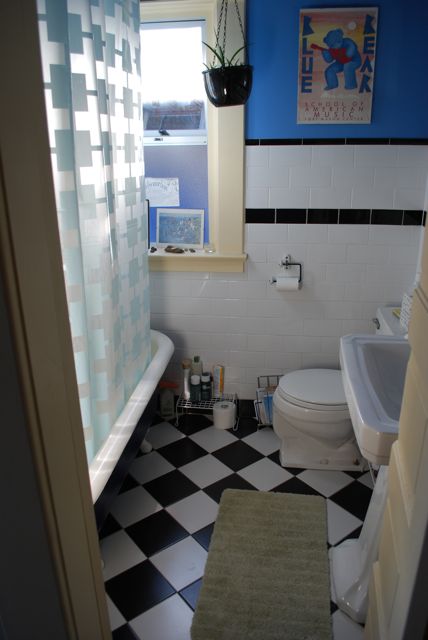 And so I did.  I became friendly with the owner and downstairs occupant, a single dad in his late 40’s who apparently was frozen in 1966 and defrosted just before I moved in.  How do I know? The AM radio is always on in his basement, where the shared washer/dryer resides, so I get to hear either Dionne Warwick or Canucks Talk while sorting my laundry.  The garage has the most classic collection of “guy stuff” imaginable – old sports paraphernalia, empty beer bottles (you might call it a collection of sorts), tools, metal coolers, that sort of thing.  He’s constantly tinkering around the house, and wears an apron when he cooks.  He has a vintage Electrolux vacuum cleaner that he lets me use to clean out my car – I just need to use his 5,000 foot extension cord along with it, which I will never learn how to retie.

This summer, he proudly bought a Flymo to mow his lawn – ever heard of a Flymo?  I hadn’t either. 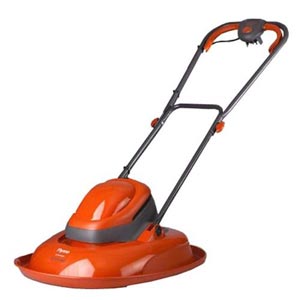 Supposedly, it lifts off the ground like a hovercraft, though when one of the boarders tried it out (when the owner was out of town), he said it was pretty hard to maneuver.

I guess the best way to describe this house and its occupants and environs is quirky.  You never know who you’re going to find hanging around here.  In addition to the owner and his pre-teen daughter, there are currently two boarders – a 20-something film student who lives in the main house, and an unemployed, displaced chain-smoking senior citizen who’s holing up in the unfinished basement.   Apparently, I live in a sitcom. 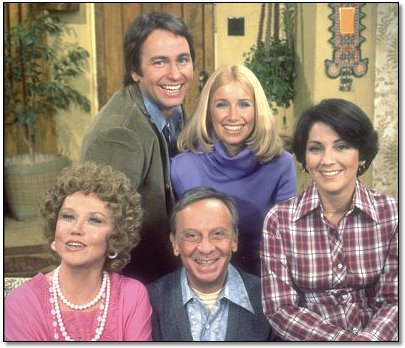 Then there are the Filipino men who gather almost nightly in the open garage across the back alley, smoking and playing music (karaoke too, if I’m lucky), and the elderly men and women who walk through the alleys collecting cans from the recycle bins and carrying them on their backs, like they might have in China a hundred years ago.

Why all the nostalgia?  I’m getting ready to move again.  This will be the fifth time in eight years that I’ve transported my 4,000 pounds of stuff (that’s right, folks, four THOUSAND pounds) from one house to another.  No big deal, really… moving just takes time and money (to pay big strong men to carry all that poundage), and somehow I always manage to find just enough of both.  It’s another project to be managed, and since that’s what I do for a living, I usually handle it without too much stress. 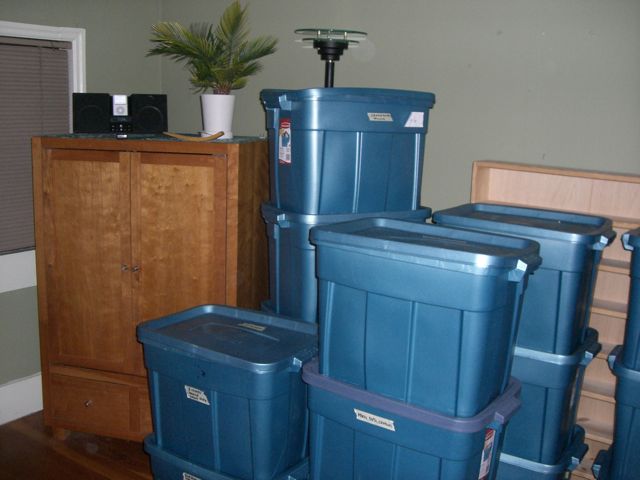 I’m extremely happy to be moving into my new digs, a beautiful townhouse I’m renting from friends who are moving out of the country for an extended (and open-ended) period of time.  As an added bonus, my new roommate will be my sweetheart, which will cut down on our “dating commute time” significantly.  It’s a big step for both of us, and we’re walking into this experience with open hearts.

Did I say I’ll miss this old house?  Maybe, maybe not.  There’s a lot that I won’t miss… blowing the fuse every time I turn on the toaster oven and the space heater at the same time, for instance.  Waking up every morning to the scurrying sounds of the squirrels who’ve recently moved into the attic space above me.  But I’m thankful for having had this safe space in which to rest, work, love and learn.  I will leave here more fulfilled than when I arrived… and so, while I may not miss it, I wish for this house, and for its current and future residents, peace.

10 thoughts on “This Old House”