The events of the last couple weeks have significantly heightened my appreciation of living in Vancouver, British Columbia, Canada. 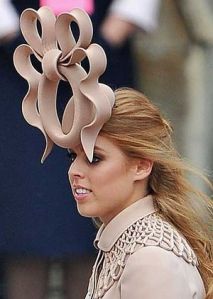 First was the Royal Wedding.  I’m told it was a big deal in the States, but really, the lead up and coverage on CBC was over the top.  I loved it.  And I loved hearing about all of the “wedding breakfast” parties that my friends here attended, many in their pajamas.  Given that the ceremony was at 3:00 a.m. west coast time, you know that I was in my finest PJ’s while watching (the ones with the owls and bears on them).

Next up was the federal election.  I’m well aware that I’m surrounded by a little bubble of extremely progressive people, who themselves circulate within the slightly larger bubble that is Vancouver – more progressive than any other major Canadian city, as far as I can tell.

There was so much hope circulating among my peers that Stephen Harper and his Conservative party would be worse off after the election than before (when they were held in contempt of Parliament!), but when the results came in and it was clear that they would now hold a majority, the collective disappointment around me was palpable.  I feel for this country, now controlled by a party that resembles George W. Bush and his cronies more than anyone really wants to admit.  The far right is here, and they’re not going anywhere for a while. (Just look how smug that guy is. Ugh.)

In equal parts in response to the election, and because I’ve been meaning to do it since I became eligible a couple months ago, I mailed in my citizenship application the day after the election.

By the time the next federal election comes around in 2015, I’ll be able to participate by registering my vote.  Even though it’s easy to get discouraged and think one person can’t make a difference, I really do believe every vote does count, and I’m excited to add my voice to the chorus of people who want to see progressive social values represented in their government.

The most recent ‘event’ that highlights my love of living here in this moment is my assuming my current perch in the Point Grey home where I am house-sitting for the next couple weeks.

From this table, I have a full view of English Bay, with the giant red and black freighters (why do they just sit there parked, I wonder?), the lush forested green of Stanley Park, and currently, the scattered white clouds sliding halfway down the mountains across the water in West Vancouver.  From this vantage point, I can fully take in the beauty that surrounds me every day, and remember how lucky I am to live here.

How lucky I am.

One thought on “More on Why I Love Living in Vancouver”